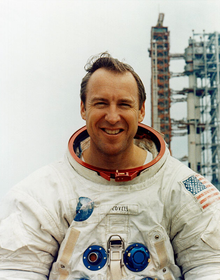 James A Lovell,(Captain, USN, Ret.) said, “Be thankful for problems. If they were less difficult, someone with less ability might have your job.”
Who was James A Lovell. A former NASA Astronaut. December 4, 1965, he and Frank Borman and William A. Anders, became the first humans to leave the Earth’s gravitational influence. They were launched into space on the history-making Gemini 7 mission. The flight lasted 330 hours and 35 minutes and included the first rendezvous of two manned maneuverable spacecraft.

As you can imagine, James A Lovell experienced problems. He completed his fourth mission as Spacecraft Commander of the Apollo 13 flight, April 11-17, 1970, and became the first man to journey twice to the moon. Apollo 13 was programmed for ten days. However, the original flight plan was modified en route to the moon due to a failure of the Service Module cryogenic oxygen system. Lovell and fellow crewmen, John L. Swigert, working closely with Houston ground controllers, converted their lunar module “Aquarius” into an effective lifeboat. Their emergency activation and operation of lunar module systems conserved both electrical power and water in sufficient supply to assure their safety and survival while in space and for the return to earth.

We can be thankful our problems are here on earth, and we’re not out in space having problems. Everyone has problems at some point in time while on this earth.
There are two secrets to surviving them. One, know they will eventually end and you will come through. Two, know there is someone who has a worse problem than you.

It would behoove us however, to strive not to cause the problems ourselves.

What about you, are you dealing with problems today?

Did you know that some people find gems of opportunities in their problems when they face them?