How important is happy to you? 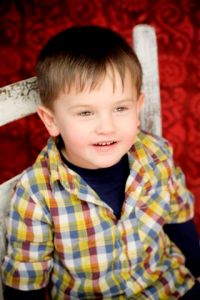 A group of girls were talking in a restaurant, I wasn’t being nosy, but you couldn’t help but hear what they said. It was one of those oriental restaurants where a group of people sit in a horseshoe configuration while the chef cooks on the grill in front of you.

Anyway, these girls, highschool age were talking to each other, in between texting on their cell phones, about what would makes them happy. One young lady said she knew she would be happy when she graduated from highschool. Another one said she wouldn’t be happy until she married Eric, obviously her boyfriend at the time. Then another one said she knew she would never be happy unless she got an A on her history test.

It occurred to me a lot of people look outside themselves for happiness. Whether teenagers or adults we are like the man on the ship who is looking for signs of land…we’re looking outside ourselves for that elusive thing called happiness. We think it is that job we are waiting on, or maybe when we finally get married, or maybe when we have a child.

But that is not the case. And that is not how happiness comes. We have the power to make ourselves happy. You see it comes from within not from without. Other people can’t give it to you, only you can give yourself that gift. The quote “People are about as happy as they want to be has been contributed to Abraham Lincoln. I don’t know if he said it, but the quote is oh so true.

How important is being happy to you? Is it worth looking within?

Editor-in-Chief of Southern Writers Magazine, a magazine for authors and people who love to read.We highlight and promote authors and their books. Married with four daughters. Live in the South. President of a Writers Group.
View all posts by Susan Reichert →
This entry was posted in Random Thoughts and tagged chef, happy, highschool girls, life, Lincoln, texting, within. Bookmark the permalink.

4 Responses to How important is happy to you?