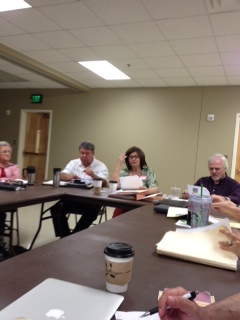 A funny thing happened on the way to retiring, a new career opened. Yes at the age of retirement I was afforded the opportunity to write. I love writing. It’s my passion. I could sit for hours upon hours in front of my computer typing away. And do most days. In the process of writing, a friend and I started a writers group. Right off the bat, we had twenty-three people show up. We had no idea that many would come, truthfully we were hoping we would at least get six people so you can imagine our delight with this number. That was three years ago next month. Since that time we have gained more readers, worked on honing our writing skills and have published four books as a group. Three anthologies and one devotion book.

So never let it be said, that when it comes time to say goodbye to your career, life is over. Because in truth life is just beginning.

4 Responses to Career of Passion